What have you heard about CoolSculpting® treatments? We’re here to help you separate facts from fiction. 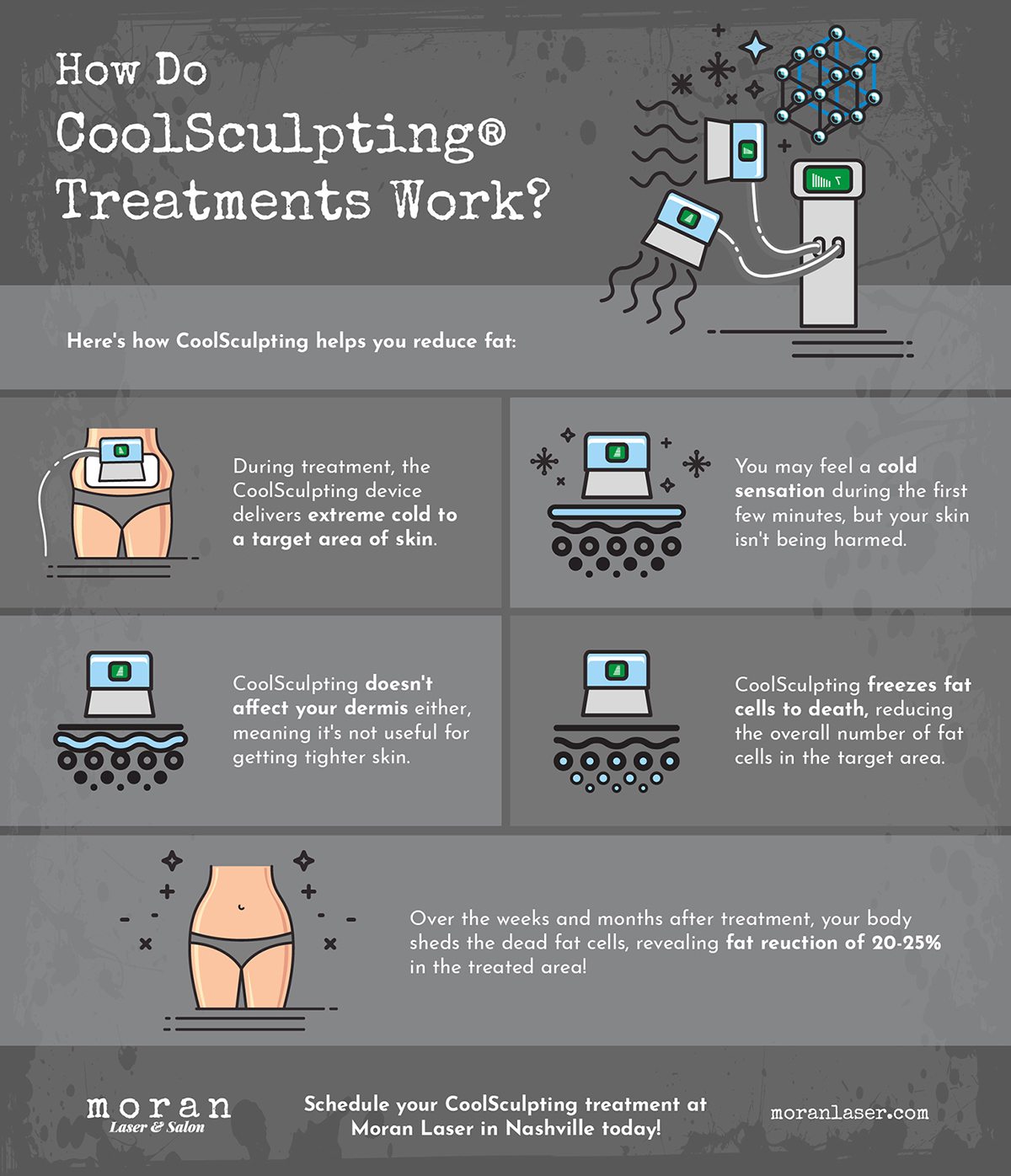 Having fat on your body frozen may sound painful, but it’s not as uncomfortable as it may sound. CoolSculpting is a non-invasive procedure, meaning that it does not involve any incisions or needling of the skin, and can generally be trusted to be mostly painless. Some CoolSculpting patients report experiencing an intense cold, numbness, or slight discomfort around the treatment area for the first couple minutes of a CoolSculpting session, but that’s about the extent of the unpleasantness. In fact, did you know most CoolSculpting sessions take less than an hour to complete? It’s not painful or inconvenient!

While CoolSculpting was originally created and FDA-approved to treat the stomach area, the technology has since evolved. You can now get CoolSculpting treatments to target fat on your chin, chest, arms, knees, back, thighs, flanks, buttocks — and of course, stomach.

Unfortunately, CoolSculpting is not a dramatic weight loss procedure as some have made it out to be. Instead, CoolSculpting is a non-surgical method for fat reduction, specifically for fat that has been resistant to being reduced via dieting or exercise. While you will see a significant reduction in fat in the treated area — typically 20-25% within a few weeks after treatment, that generally only translates to a pound or two of weight loss on the scale.

You’ll still probably like the end result, though — CoolSculpting helps you achieve a more toned and contoured body, and can help you shrink your waistline.

Weight loss causes your fat cells to shrink in size as your caloric intake achieves a better balance with the amount of calories you burn through everyday activity and exercise. The size shrinks, but the number of fat cells stays the same.

CoolSculpting treatments are known for their safety and effectiveness. However, results aren’t immediate. You’ll begin to see noticeable results in as soon as three weeks after treatment, with the most dramatic results appearing two months after your treatment. You can even see improvement as much as six months after treatment!

So why the delay? CoolSculpting works by delivering extreme cold to your specified target area for treatment. This extreme cold freezes the fat cells in the treatment area, causing many of them to die. This does not damage your skin, it only freezes fat cells. In the weeks and months following treatment, your body will slowly process and remove the dead fat cells from your body, leading to your CoolSculpting results slowly revealing themselves.

CoolSculpting treatments are really only used for fat reduction. They don’t affect the top layer of your skin, meaning that they aren’t much use for improving the laxity of your skin.

That being said, if you have good laxity and you don’t experience much sagging skin, the good news is that you won’t have to worry about your skin sagging in fat-reduced areas after treatment — your skin will tighten on its own as it conforms to the new shape of your body.

Get CoolSculpting From Nashville’s Most Experienced Estheticians

Now that you know the facts about CoolSculpting treatments, it’s time to take the next step toward better health and more confidence in your body. Connect with Moran laser & Salon in Nashville to schedule a treatment today!